Lermontov's poetry, ethnic music and ritual dance – this is the mix of the demon soundrama directed by Vladimir Pankov.
This is a story about the catharsis of the human soul, forgiveness, traditions’ saving, about the interweaving of cultures of different peoples living nearby. A unique staging with live music, polyphonic singing, plastic compositions, combining diverse national cultures, theater schools and languages into a single storyline.

The premiere of "Demon" took place 4 years ago on the stage of the State National Russian Drama Theater named after Ch. Aitmatov (Bishkek, Kyrgyzstan).

The play by Vladimir Pankov was created according to the project of the International Confederation of Theatre Associations (ICTA) with the support of the Intergovernmental Foundation for Educational, Scientific and Cultural Cooperation.
In 2017, the play was shown at the XIII Chekhov Festival and was included in the long list of the Golden Mask theater award as one of the notable performances of the 2016-2017 season.

DEMON
Based on the eponymous poem and the novel “A Hero of Our Times” by M. Lermontov 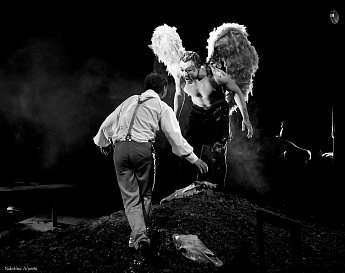 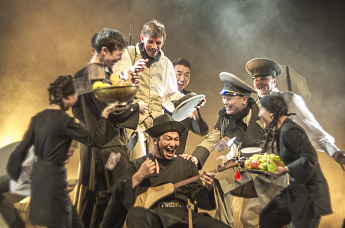 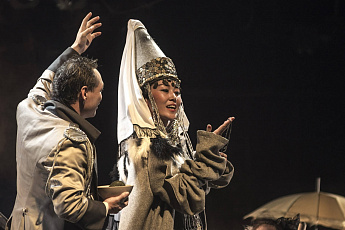 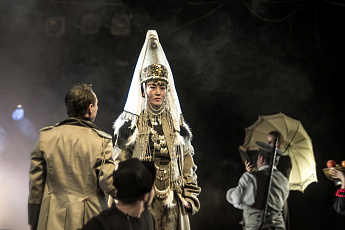